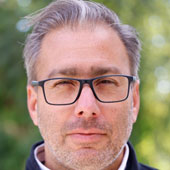 Most Jewish mothers want their sons to be doctors, but not Davidi’s mother who thought that the most wonderful thing would be for her son to be a Shaliach… and so he began his professional journey as a Shaliach, later becoming the director of the Short Term Shlichut programs at the Jewish agency. Over 30 years of experience in the fields of education, Shlichut and leadership programs. At The Jewish Agency, Davidi managed for over 14 years a global education operation responsible for recruiting and training thousands of Israeli Shlichim (emissaries) for Jewish communities and summer camps around the world, a program that is considered today one of The Jewish agency’s leading and prestige programs. Davidi developed dozens of initiatives geared towards Jewish peoplehood and Israel education and had the fortunate and privilege to share over the years a profound experience with thousands of young leaders, a broad picture, a mosaic of Israel and the Jewish world, comprised of an infinite variety of colors, a world of young people proud of their Jewish and Israeli identity and a significant social action force. Davidi sees himself as an agent for change and seeks to continue impacting and developing action areas in the spheres of Jewish peoplehood & social activism by creating inter-organizational partnerships. Davidi was born in Madison Wisconsin, raised in Israel and is proud to be a part of the founding generation of ‘Noam’ – The Masorti (conservative) youth movement. Davidi studied Informal Education & Land of Israel Studies at Beit Berl College. Davidi is a member of the MAROM board of directors, a global student movement, a center for Spiritual and Masorti Judaism which serves as a social, pluralistic, intellectual and spiritual arena for young people around the world. 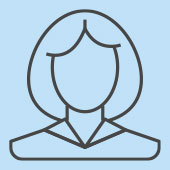 Raised in Texas and living in Jerusalem, Jordan is an MITF Alumni who has a passion for bringing Jews to Israel. Jordan graduated from the University of Illinois at Chicago with a degree in Psychology. She spends her days working in a field that she loves and her nights trying to improve her Hebrew via Israeli TV. Jordan is recently married to her program sweetheart and they just had their first baby.